A 62-year-old priest of the Roman Catholic Church has died of the novel COVID-19 pandemic, National Telegraph can confirm.

Father Youssef was hospitalized and undergone treatment at Sheikh Khalifa Medical Centre in Ajman and received expert care, ventilation, and stem cell therapy, according to AVOSA since three weeks ago.

According to Vicariate, the Catholic territorial jurisdiction of the catholic church covering Oman, Yemen, and UAE.

The clergy was born in 1957, in Lebanon. In 1977, he joined the Order of Friars Minor Capuchin of the General Custody of the Near East and was ordained to the priesthood 11 years later.

He started his missionary mission in the Gulf since 1993, and served several UAE communities, among them;  St Mary’s Church in Dubai, St Joseph’s Cathedral Abu Dhabi, and St Mary’s Church Al Ain.

Fr. Youssef Sami Youssef also served in Doha and Manama between 2004 and 2011. 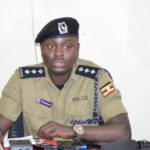 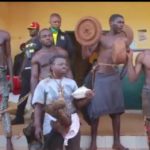