President George Weah will not step down, the National Youth League of Liberia’s ruling Coalition For Democratic Change said in a news conference at the party’s headquarters in Oldest Congo Town, Montserrado County, in Northwestern Liberia, Friday, December 13, 2019.

CDC’s youth wing said the call by the Council of Patriots for the President’s resignation is only a means of creating confusion in the country. In the press statement Deputy Secretary-General for Administration, Hassan Newland said that Liberia is not the only country going through economic hardship, adding economic hardship is global.

He went on to say that at this critical period in the country’s history citizens should rally support around the government to overcome these challenges and return on the right path.

Hassan believes that every Liberian has the right to aspire for the presidency, but strongly resist people with a class mentality, calling young people to reject calls from ‘so-called politicians’ to cause confusion in the country.

Liberia’s Justice Minister Cllr. Frank Musa Dean recently said his Ministry is without authority to grant the COP permit, protection or approval to execute a planned “Weah Step-down Campaign” which is not in accordance with the law of Liberia.

In a response to the council of Patriots on Monday 2 December 2019, Musa warmed organizers that the planned December 30 Protest is unconstitutional and constitutes treason, an offense against the internal security of the state.

Mo Ali also clarifies that the communication that was sent to Minister Dean says in furtherance to the June 7 protest they want to assemble on December 30, and the government must provide security for them.

Weah has been heavily criticised in recent times for a snail-paced economic growth. As a matter of fact, the country has gone broke to the extent that even mobile money is not giving money out to customers. A huge protest is already scheduled for December 30, 2019, to demand he resigns. 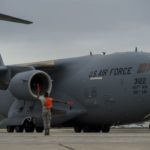 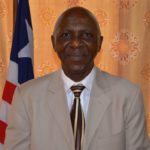