The Global Academic Society has officially welcomed a new PhD holder, Cho Ayaba Lucas, from Middlesex University, a public university in Hendon, North-west London, England. The Faculty of Law in the UK-based institution robed Ayaba with a Doctor of Philosophy in Human Rights, Wednesday July 10, 2019, National Telegraph has confirmed.

“My thesis centered on autocracies and the abuse of Human Rights across the world,” says Dr. Cho Ayaba, an exiled pro-rights Cameroonian who is one of the leaders of a revolution for the Independence of the former British Southern Cameroons aka Ambazonia, an outlawed country fighting for its restoration from Cameroonian authorities in Central.

Regimes that rule without the rule of law have no place in today’s’ global village, Dr. Cho Ayaba insists in an interview with reporters. “Citizens must be at the center of state practices and policies.”

His PhD thesis is of relevance to Ambazonians in particular because the world’s attention has been on Ambazonia’s independence war since 2016, an observer writes. “We need the most refined brains to teach citizens who were deliberately deprived quality education for the last half-a-century by the Cameroun authorities.”

Another observer adds that when African rebels bag home a PhD in Politics or Law, expect an effective implementation in the respect of rights and state policies.

On Thursday, Sky New and the BBC World Service interviewed Dr. Cho Ayaba Lucas on the position of Ambazonia in the wake of calls against gross human rights violations taking place in Ambazonia.

Dr. Ayaba insisted that those acts are committed by neighboring Cameroun forces, in what he describes as a “regime that has lost 80 percent of its legitimacy to rule or govern in Ambazonia” 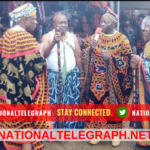 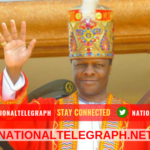