South Africa has become the latest country in Africa to confirm the contagious coronavirus (COVID-19). According to notice that National Telegraph saw, written by South Africa’s Health Minister Dr.  Zweli Mkhize, confirmed the testing of a Coronavirus patient in the country.

The patient is 38 years old and he recently travelled to Italy with his wife, and they are part of the group of ten people who arrived back to South Africa on March 1, 2020.

“The patient consulted a private general practitioner on March 3, with symptoms of fever, headache, malaise, a sore throat, and a cough. The practice nurse took swabs and delivered it to the lad,” Zweli said in a statement.

Zweli notices that the patient has been self-isolating since March 3, 2020. The couple also has two children. “The Emergency Operating Centre has identified the contacts by interviewing the patients and a doctor. The tracer team has been deployed to KwaZulu Natal with epidemiologists and clinicians from NICD and the doctor has also been self-isolated,” the notice reads.

Thumbi Ndungu, the Director of a Durban-based Infectious Disease Research Centre, SANTHE in his interview with AFP said whereas the world is still puzzled as to why Coronavirus has not hit Africa said “I don’t think anybody knows why Africa, so far appeared to be successful.

Mostly, the situation is attributed to fewer travels by Africans. Rodney Adam, the head of Infections Control Task Force at Aga Khan University Hospital in Nairobi, Kenya said there is no current evidence to indicate that climate affects transmission.

“While it is true that for certain infections they may be generic differences in susceptibility, there is no current evidence to that effect for COVID-19.,” Rodney said. Coronavirus, which broke out in Wuhan China in December last year, has since spread to over 60 countries, including African countries. 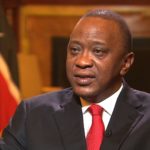 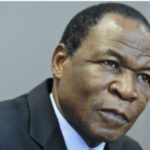