The Cypriot government said, Monday, June 1, 2020, it’s launching a multilingual SMS campaign as a heads off to migrants who have been misled into believing the country is a gateway to the rest of the EU.

Interior Minister Nicos Nouris said the message will be received by all who enter the roaming area of Cyprus, adding the move is in a bid to discourage and possibly put a stop to the mass influx of migrants into the island country

Nouris told local English Language daily, Cyprus Mail that arriving migrants are effectively “trapped” in Cyprus because the Island is not part of the Schengen Area – the 26 European nations that have abolished their borders and permit unrestricted travel between them.

The statement also indicates traffickers take advantage of the migrants as the majority of them did not intend to stay in Cyprus.

“They want to go to Finland, Italy, and Spain. So sending this message is good for them and good for the country. Cyprus, with a population of roughly 880,000, has by a wide margin, the largest number of migrants relative to its population in the 27-member bloc,” Nouris said.

3.8 percent of those living in Cyprus are asylum seekers, while that number is under one percent in other front-line EU states like Greece, Italy, Spain, and Malta. 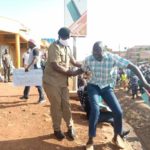 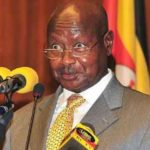