Daniel Mwambonu, a multi-skilled writer in the East African country of Kenya has been confirmed National Telegraph’s Bureau Chief for Kenya.

The founding Director and CEO of National Telegraph, Eric Tataw made this pronouncement early Wednesday, November 27, 2019. The CEO also congratulated Daniel on his appointment and urged him to work within the ambit of Journalistic tenets.

Daniel was also urged to act with the desire to assist people within his region of command and beyond to get firsthand information and make informed choices.

National Telegraph is an international multi-media production company headquartered in Washington DC, USA. Eric Tataw has also urged partners in Kenya and environs to assist Daniel in his new duty, facilitate his works and carry out all transactions with him without fear of misrepresentation.

With its coastline on the Indian Ocean, savannah, Lakelands, the dramatic Great Rift Valley, and mountain highlands, plus the fact that it’s also home to wildlife like lions, elephants, and rhinos, Daniel will bring one of Africa’ finest stories from that end, plus the boiling politics in Nairobi.

Daniel welcomed his appointment with joy and said it’s a big opportunity for him to excel. He has also promised to remain professional in the discharge of his duties. Daniel has so far written great articles for National Telegraph with most of them published. 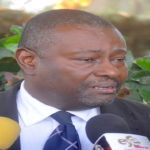 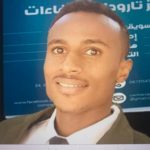