A police officer of the Fourth District of the Metropolitan Police Department (MPD), of the Washington District of Columbia, Federal Capital of the United States of America has told National Telegraph that Custom Value Stores (CVS), a shop dealing predominantly in medication has refused to press charges on a suspect.

Officer Anthony Attardo with batch number 6473 had told National Telegraph’s Editor-in-chief, Eric Tataw on Friday, February 22, 2019, at a CVS Pharmacy branch at 6514 Georgia Avenue Northwest of Washington DC, where the incident happened that the report was still in process.

According to a copy of the incident report handed to National Telegraph on Tuesday, February 26, 2019, by Officer Gerard Barreto at the Fourth District of MPD, an African-American adult aged 47 was flagged down during business hours suspected of Shoplifting at aforementioned CVS Pharmacy.

The police report states that Officer Attardo who was at the scene assisted by other officers told the suspect to stop. Going further, the report highlights that the suspect instead backed away from the police officer and began running northbound from the location towards Georgia Avenue and Van Buren Street of Northwest DC.

A detailed account of exactly what happened at the CVS shop isn’t provided in the report but eyewitnesses have told National Telegraph that it would appear the suspect tried to steal some items from the shop before management alerted the police. Shoplifting is a rampant crime within the DC Area and in other US states. 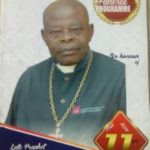 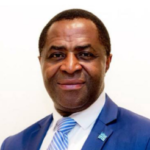