Home » Djibouti Quarantines Soldiers At French Military Base After One In Spanish Special Forces Test Positive For COVID-19.

Djibouti’s Ministry of Health has confirmed the first case of the coronavirus (COVID-19) in its capital, Djibouti City.

The case, which was confirmed, is the first one to be reported in Djibouti since the beginning of the outbreak in China in December 2019.

The ministry said a Spanish national who arrived in the Horn of Africa nation on Saturday, March 14, 2020, tested positive for COVID-19.

“The patient was a member of the Spanish Special Forces who arrived at Djibouti Ambuli Airport on March 14,” the statement said

Djibouti, which lies on a key location connecting the Red Sea and the Gulf of Aden, hosts a number of foreign military bases and is the main sea outlet for landlocked Ethiopia. 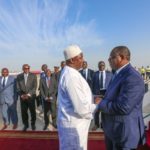 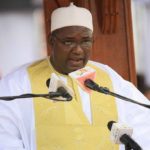