National Telegraph learned that the Municipal Police elements, on the instructions of the Government Delegate to the Douala City Council, Dr.Fritz Ntonè Ntonè came to disrupt a meeting of traders of this market organized by Alice Magejue, outlawed leader of a group of traders at the market.

National Telegraph gathered that Alice Magejue, the contested President of the Association of Dynamic Traders of Mboppi had organized a meeting to educate traders on the 2019 finance bill of Cameroon and how it impacts them. Reports say the Government Delegate holds that she has no competence to act as such.

The Municipal Police disrupted the gathering taking away sound equipment used by the organizers, whereas as the organizers obtained authorization from the Divisional Officer for Douala I Sub-division, Jean-Marie Tchakui, National Telegraph has been told. Many have qualified it as score-settling between Fritz Ntone Ntone who in a communique last year banned Alice Magejue from post of President of this market, against the wishes of traders who voted her.

Speaking to National Telegraph, Alice Magejue explained that the meeting had as objective to discuss pertinent issues affecting the traders of the market. “We are in a heterogeneous environment which needs constant follow up. These traders have different concerns about the day-to-day happening of the market, which has to be channeled to the authorities concerned for urgent solutions”. Alice said.

The organizers wondered why a public gathering authorized by a chief administrative official is disrupted by a Municipal authority. The D.O for Douala I in a telephone interview with a Journalist in Douala accepted he gave the authorization but later took a decision to withdraw it.  He however, failed to say when and why the authorization was withdrawn.

The organizers have however debunked the D. O’s statement, saying the D.O didn’t address the withdrawal of the decision to them. Douala has only yesterday had tightened security in some strategic junctions that assisted in foiling a planned protest demonstration of the leading opposition political party in Cameroon the Social Democratic Front, SDF, leading to confrontations and arrests of some protesters. 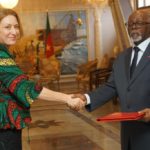 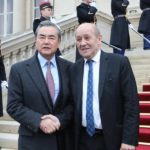