A Cameroon military tanker transporting fuel from Limbe in the South West Region has crashed and injured its occupants – Cameroonian soldiers, a source said, adding one is feared dead from the crash that occurred, Thursday, December 5, 2019, National Telegraph has confirmed.

A source from Limbe, where the incident occurred said the vehicle crashed at Mile Two, precisely in Bussumbu around a popular area where a signpost (Welcome To Limbe) is stationed as it was exiting the city of Limbe.

Eyewitnesses say it was transporting fuel from SONARA, Cameroon’s lone oil refinery located in Cape Limbo in the outskirts of the main city of Limbe to Douala, headquarters of the Littoral Region and the country’s economic capital before the accident occurred.

Sources say the vehicle would later develop a fault as it ascended a hill, causing it to suddenly start reversing. As a result, the driver struggled to stabilize the speedy vehicle to no avail as it finally crushes trees and other stuff in the area, the source told National Telegraph.

Reports say the area was immediately militarized and traffic obstructed for over close to four hours, causing vehicles moving out of Limbe to use alternative roads.

The Limbe City Council was among the first respondents whose caterpiller helped removed the tanker from the main road. Equally, the fire fighting brigade of SONARA was deployed to the scene to assist in containing any eventualities.

In May of 2018, another accident in Limbe involving a military truck at Down Beach left an unconfirmed number of soldiers dead and others seriously injured as the truck was transporting soldiers for operations in Muyenge and Muyuk, villages in the country’s Fako Division South West region. 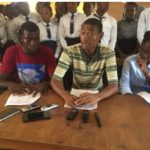 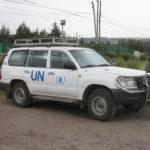