A Ugandan soldier at a rank of Major was rushed into a hospital on the night of Tuesday, May 26, 2020, after being beaten by drunkards while enforcing presidential directives on curfew to combat the spread of the Coronavirus pandemic.

Curfew was one of the directives that President Yoweri Museveni put in place to reduce robbery during the lockdown, starting from 7 pm to 5 am daily.

“On the night of May 26, 2020, a group of drunkards at Gala Trading Centre in Kyankwanzi District attacked a joint patrol of police and UPDF who were enforcing the night curfew in the area,” he said.

Before backup arrived at the center, Major Robert Nkwasibwe who was commanding the patrol at the line was seriously clobbered on the head and neck rendering him unconscious, Karemire added.

In April another soldier lost his eye in Amuru district in Northern Uganda by an unidentified group of people while enforcing presidential directive on curfew.

Uganda now has 329 confirmed COVID-19 cases with zero death in a pandemic that has globally infected close to 6 million people with 364 thousand deaths. 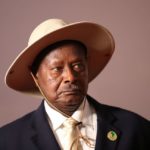 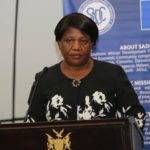