The Economic Community of West African States, known by its conspectus as ECOWAS, a regional economic union of fifteen countries located in West Africa with headquarters in Abuja, Nigeria has announced it would be using a single currency by 2020.

This announcement National Telegraph has confirmed was made by Moustapha Niasse; the President of the National Assembly of Senegal, during a seminar on the Challenges and prospects of the creation of the an ECOWAS single currency that has held in Dakar, Senegal.

On his part, the Speaker of the Community Parliament, Moustapha Cisse Lo urged stakeholders to implement the revised road map on the single currency, arguing that the single currency would lift the commercial and monetary barriers and lower the cost of transaction and spark up economic activities in the region.

Economists are of the opinion that among the many advantages of a single currency, the existing exchange rate fluctuations between a number of currencies would be completely eradicated, leading to a tremendous reduction in transaction costs.

A student of the Cheikh Anta Diop University in Dakar told National Telegraph single currency for ECOWAS nations would also stimulate trade, facilitate free movement of capital, people and goods, adding that all these would significantly reduce unemployment and unnecessary import and export bottlenecks. 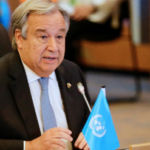 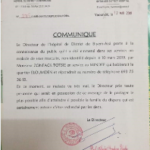