The Ethiopian Government has prohibited companies from laying off workers and terminating employment in measures introduced as part of a state of emergency to stop the spread of COVID-19.

On Wednesday, April 8, 2020, declared a state of emergency to fight the Coronavirus pandemic, which has so far infected 55 people and resulted in two deaths.

Ethiopia also banned meetings of more than four people for religious, government and other organizations, including political gatherings, the Attorney General, Adanech Abiebie said in a press release.

More than two million jobs are at risk because of the pandemic in the next three months, said the Finance Minister and he added that the prime minister of Ethiopia Ahmed Abiy is giving foodstuff to the poor people in the capital, Addis Ababa.

The eviction of tenants and rent increases are prohibited by the new rules that also halt prison and hospital visits. However, burials and “other important activities” are allowed provided participants maintain a distance of two meters.

While the government has closed schools and land borders and postponed general elections initially scheduled for August 29, 2020, its national carrier, Ethiopian Airlines, is still flying to some destinations. 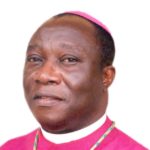 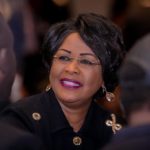