Representatives of European Union would today Thursday, February 7, 2019, be present at a military tribunal in Cameroon’s capital Yaoundé for a hearing on ten Anglophone Pro-independence leaders arrested in Nigeria, a source at the court premises has told National Telegraph.

The trial is expected to kick off soon and the atmosphere peculiar of legal proceedings is already being felt.  Defense lawyers in their usual large number have already taken their positions. A significant military presence can also be seen, the source noted, adding that Sisiku and the rest of the detainees are yet to arrive the court as at now.

As preparations for the sessions are ongoing, some lawyers are still making their entries while the military has placed a large speaker at the entrance of the court hall to probably serve the overflow crowd probably as a way to impress the EU, our source has noted.

The EU’s presence at the Yaoundé Military Court comes less than twelve hours after a Nigerian Lawyer safely landed in Yaoundé with a special package from the UN. The collection of ten different documents from the United Nations High Commission for Refugees was safely ferried from Abuja, Nigeria to Yaoundé in Cameroon, Wednesday, February 6, 2019.

The file obtained from UNHCR Nigeria are documents either showing Sisiku Ayuk Tabe Julius and nine other Anglophone pro-independence leaders held in detention have legally applied for asylum in Nigeria. There are other documents showing some are Nigerian citizens.

Their lawyers want them returned back to Nigeria in accordance with the African Charter of Human and People’s Rights, the Nigerian Constitution and the United Nations Convention of the Status of Refugees in 1951 in its article 32 and 33,  and also based on the fact that Nigeria has no extradition treaty with Cameroon.

Sisiku Ayuk Tabe Julius and nine others were arrested in Nigeria and extradited to Cameroon under circumstances that have been considered illegal. President of the Federal Republic of Ambazonia as he is now being called is being held at the Kondengui Principal Prison in Yaoundé where he and other close aides are facing charges of Terrorism, amongst others.

Ambazonia is an outlawed country in which the majority of its residents; the English-speaking regions are seeking to create. Armed groups have emerged, clashing with regular army and Sisiku and others have been accused of the insurgency.

The Cameroon government has recently come under huge pressure to free them and with EU’s presence as observers and documents from the UN, added to International Refugee Laws, fingers are crossed. 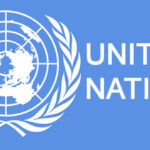 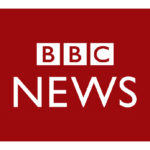