The African Union seems to be facing its highest criticisms in recent times following the Commission’s Chairman’s decision to terminate the services of one of Washington DC most loved, cherished and influential diplomats.

The Union’s Ambassador to the United States. Dr Arikana Chihombori-Quao, in June was unceremoniously sacked from her position after over two years of service. A position that her humility, accessibility and receptiveness brought much respect to the African Union Mission to the United States.

Jerry John Rawlings, former Ghanaian President is among thousands who have condemned the decision. J.J Rawlings in a tweet dated Sunday October 13, 2019, said, the dismissal of Arikana Chihombori-Quao, AU Ambassador to the United States raises serious questions about the independence of the AU.

The statement continues that; for someone her spoke her mind about the detrimental effects of colonization and huge cost of French control in several parts of Africa, this is an act that can best be described as coming from French-controlled colonized minds.

J.J Rawlings furthers that the act is shameful, describing Ambassador Arikana as one with tremendous potentials to galvanize Africa. How can this shameful behaviour emanate from us? A woman with all that it takes to galvanize our continent is chopped down by French-colonised power mongers good enough to be cleaners or pruning trees at the Elysee Palace, the statement states, adding that; “With leaders of this kind, how can the continent ever progress?”

The decision to sack her is contained in a letter signed by AU Chair, Moussa Faki Mahamat. I have the honour to inform you that, in line with the terms and conditions of the service governing your appointment as Permanent Representative of the African Union Mission to the United States in Washington DC, I have decided to terminate your contract in that capacity with effect from 1st November, 2019, the African Union Commission Chairman, H.E. Moussa Faki Mahamat said in a letter dated October 7, 2019.

Moussa Faki Mahamat continued that he has instructed the Commission’s services through the Bureau of the Deputy Chairman to facilitate separation procedures and entitlements before October 31, 2019. While thanking Ambassador Arikana for her services, the letter didn’t point out any reason for such a move.

The decision to sack her has been partly blamed on her bold speeches against colonialism especially against France. The African Union Chair, Chadian-born, H.E. Moussa Faki Mahamat has taken the move to terminate Dr Arikana’s services probably partly because of her outings against France, Africans in Washington DC told National Telegraph, adding that they’ve started a petition to get Ambassador Arikana reinstated.

Many Africans in the US have decried the move, vowing to boycott all African Union activities should Dr Arikana isn’t reinstated. They consider Arikana as a priceless jewel, African’s most accessible, receptive and humble Ambassador who puts interests of the public supreme. Thousands have already signed a petition to reinstate her.

Dr Arikana Chihombori-Quao, in June, 2019 during a televised discourse weighed in on “the pact for the continuation of colonization” Dr Arikana Chihombori-Quao hammered on how the sustained colonization by France is responsible for the siphoning off of $500billion from African continent yearly. This may have been perceived as an attack gone too far.

Dr Arikana was just appointed 2 years ago and has showed unconditional commitment in reinforcing the longstanding and deeply historic, cultural and economic relations between Africa,  the U.S. and Western nations. She was just recently advocating for a special passport for Ex-African slaves and the urgent establishing of a single currency for Africa. Africans both home and abroad say they would stop at nothing until she’s reinstated.

Dr. Arikana Chihombori-Quao is a medical doctor and activist. She is a public speaker, educator, diplomat, founder of medical clinics, and an entrepreneur. She is a first generation immigrant to the United States from Zimbabwe and CEO & Founder of Bell Family Medical Centers in the United States. The petition can be signed here; https://www.change.org/p/african-leaders-and-presidents-reinstate-african-union-ambassador-chihombori-quao 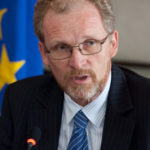 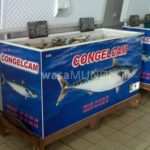