Ethiopia, one of the most populous countries in Africa with around 80 different ethnic groups that adopted ethnic-based Federalism in 1991 after an armed struggle spearheaded by TPLF overthrew the Derg regime, is about to experience another policy shift which will have a devastating effect on the country if Abiy’s philosophy fails.

Last year in April, Ethiopia experienced a major power shift after widespread protesters led by members of the largest ethnic group in the country demanded their right to rule, due to TPLF’s anarchism since the downfall of Derg Regime.

Tigray People’s Liberation Front – TPLF  was established on 18 February 1975 in Dedebit, Northwestern Tigray and within 16 years it grew from a few dozen men into the most powerful of the armed liberation movements in Ethiopia.

After coming to office in April 2018, the new Prime Minister, Dr. Abiy Ahmed, came up with a wide reform including freedom of speech and inclusive politics which allowed the return of rebel groups from exile and freely exercise their campaigns ahead of the coming election in May 2020.

Abiy is chairman of both the ruling Ethiopian People’s Revolutionary Democratic Front (EPRDF) and the Oromo Democratic Party, which is one of the four coalition parties of the EPRDF and as a leader, he started to lead the nation towards a philosophy of Unity and love.

Abiy coined the word Medemer; “to be added together or synergized” which became popular across the globe and he published a book of 280-pages that explains his philosophy of “Medemer” while urging unity among the currently divided ethnic groups.

This idea has brought a sense of hope and a new strategy that showcases Abiy’s intention of forming an “inclusive federal system”.

Some ethnic groups, however, have opposed the idea Medemer in suspicion of the unitary system to obliterate the current ethnic-based federalism or self-rule which according to analysts seems to be the only option for a country with over 80 ethnic groups.

Last week Abiy announced the formation of a new party EPP “Ethiopian Prosperity Party” that merges the old EPRDF “Ethiopian People’s Revolutionary Democratic Party” into a single national party that aims to rule the country with inclusive politics among the different ethnic groups.

Building on ethnic rule’s multilayered identities of first-, second-, and third-class citizens, Ethiopia is regarded as ethnic linguistic diversities as a challenge to national unity. It sought to dilute them in various systems of common-identity, single-nation.

The failure to accommodate multiple community identities in society constitutes a critical challenge that poses severe threats to lasting peace, stability, and development, with particular importance in ethnicism affected country like Ethiopia.

However, what counts is to provide some applicable solutions to prevent serious conflicts in the future that have the power to push the country to the civil war, if not addressed adequately by the Ethiopians. 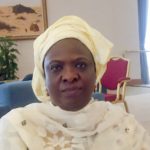 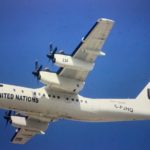