Farmers in Cameroon’s two English-speaking regions of the North West and South West said, Tuesday August 18, 2020, they were outraged by a move from state authorities that bans the purchase of machetes.

Locals in these two regions are predominantly framers and face high poverty levels.

However, many say the ban is an outright move to undermine Anglophone farmers whose miseries are further compounded by the COVID-19 pandemic and a three-year-old armed conflict.

The statement suggests rebels in both regions are making use of these materials by cutting iron rods for bullets and using some to locally manufacture bombs.

Cameroon has been struggling to suppress an armed insurgency in its North West and South West Regions waged by rebels to topple the central government and establish the independent state of Ambazonia.

Nji instructed the two regions’ governors, according to the statement not to allow any purchases from shops without buyers giving concrete explanations.

Nji also said buyers must obtain authorization form local authorities while shopkeepers are expected to sell only upon validating the authorisation. The authorisation bundle will involve buyers’ IDs, phone numbers and house location.

Farmers will also have to prove they own farms or plantations so too are butchers. Builders wanting iron rods will show proof of ongoing projects.

Nji warned that violators of the procedure will be dubbed terrorists and be sanction according to legal instruments in place. . 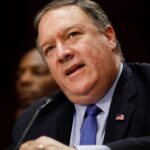 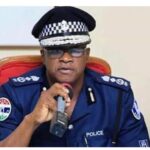