At least four shops have been torched in Bafia, a town in Cameroon’s Mbam and Inoubou Division, National Telegraph has confirmed.

Reports say the incident that occurred in the Central African country’s Centre Region, Tuesday December 3, 2019, has taken locals by surprise.

Eyewitnesses say the fire damaged four shops including; a bar, spare parts shop, electronic and a bookshop, adding the victims are completely devastated.

An on-the-spot source told National Telegraph the population was without an army rescue unit to control the flames, adding it struggled to put out the flames but to no avail.

A tanker with water belonging to a road company carrying out construction work in the locality came to assist the population to completely put out the flames, a local said. 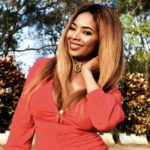 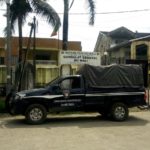