A United Nations Special Rapporteur on Freedom of Opinion and Expression, David Kaye, has started his official visit to the East African country of Ethiopia, Tuesday, December 2, 2019, National Telegraph has made love.

The main objective of the visit is reportedly to see measures taken by the Ethiopian Government to fulfill Human Rights obligations relating to freedom of expression, including the protection of journalists, with a view to formulating recommendations.

In his announcement to visit Ethiopia, the United Nations Special Rapporteur on Freedom of Opinion and Expression, David Kaye underscored that his coming to Ethiopia is particularly timely.

“I look forward to fruitful discussions on the draft bill with representatives from all branches of the government,” he said during his announcement. The visit of David Kaye also comes after the House of Peoples Representatives (HPR) discussed a law to combat hate speech.

The Special Rapporteur has also appreciated the major political reforms seen in the country. However, he emphasized that more needs to be done to fulfill human rights law and standards relating to freedom of opinion and expression.

The Special Rapporteur is expected to present his preliminary findings to journalists during a press conference on the last day of his visit, on Monday, December 9, 2019.

In addition, the Special Rapporteur will present a comprehensive report of his visit, which will include recommendations to the UN Human Rights Council in June 2020.

According to World Report 2019, in spite of various reforms taken in Ethiopia, there are indications that the reform process may ultimately be hindered by a lack of independent institutions to carry out forward changes. A lot remains to tackle human rights abuses in Ethiopia. 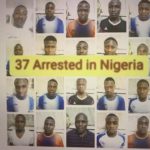 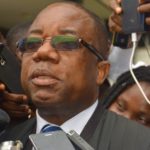