A former Ambassador for the African Union to the United States of America has backed Madagascar’s COVID-19 cure.

Dr. Arikana Chihombori-Quao who’s President of African Diaspora Development Institute (ADDI) said in Dentaa Show, also attended by Madagascan Minister for Communication, Augustine Andriamananoro, that Africa does not need the approval of Westerners to commence with the usage of “our age-long” herbs.

She retrospected when grandparents visited backyards any time anyone was sick and came back with few herbs that healed. She dared participants to develop African solutions for African problems.

ADDI’s chair congratulated Madagascar for the discovery. She also praised some 37 African heads of states for supporting Andry Rajoelina and urged WHO to work in synergy with Madagascar’s President to complete the studies instead of trying to shut them down.

Ambassador Arikana also told National Telegraph early Wednesday, May 20, 2020, that some of the best scientists she knows are Africans. The age of telling Africans what to do is over, she also echoed.

The president of Madagascar had urged citizens to protect themselves from the novel pandemic by drinking COVID Organics (CVO), the organic herbal beverage he claims could prevent or cure COVID-19.

“Let’s drink this herbal tea to protect ourselves, to protect our family and our neighbors and there will be no more deaths,” Andry Rajoelina said in a speech, late Sunday, local daily L’express de Madagascar quoted.

Rajoelina had announced his administration is collaborating with foreign doctors and scientists to study alternative research possibilities.

But, the World Health Organization (WHO) has warned against the use of the drug and cautioned against self-medication, citing the need for medical supervision.

Several African countries have already received the medication. Nigeria’s National Agency for Food and Drug Administration and Control (NAFDAC) confirmed it would undertake laboratory tests of the herbal drug.

Madagascar now has 326 confirmed COVID-19 cases with 2 deaths in a pandemic that has globally affect over 5 million people with 323 thousand deaths. 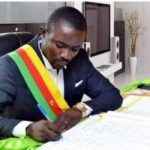