Yacouba Isaac Zida, exiled to Canada said in a Facebook post that: “The summoning of G5 Sahel leaders by Emmanuel Macron is unjust, unfriendly, and diplomatically humiliating and above all disrespectful and insulting to the people of the various countries concerned “.

Zida was reacting specifically to France’s President, Emmanuel Macron. During the summit of the North Atlantic Treaty Organization (NATO) on December 4, 2019, in Watford, England, the French President, invited presidents of the G5 Sahel for a meeting on December 16, 2019, in Pau, France.

It’s expected that during this meeting, Mali, Niger, Chad, Mauritania, and Burkina Faso will make their positions clear on the need for a contingent of the French army in these countries facing terrorism.

G5 Sahel or G5S is an institutional framework for the coordination of regional cooperation in development policies and security matters in West Africa. It was formed on 16 February 2014 in Nouakchott, Mauritania, at a summit of five Sahel countries: Burkina Faso, Chad, Mali, Mauritania, and Niger.

For the former president of the Transition Council who took power after the insurgency in the end of October 2014 that led to the falling down of Blaise Compaore: “A single multinational force in collaboration with the national armies all well coordinated by an état-major spouse is more than enough to meet the security challenge in the area”.

Regarding the French army engaged in the Sahel under the “Operation Barkhane”, Yacouba Isaac Zida believes that: “Is not harmful but it is at least ineffective …” 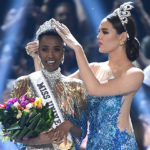 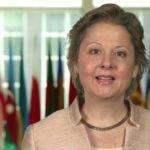