A fortnight ago he was ill with Coronavirus and hospitalized in London which also killed several Somalis in the UK. Nur Adde was 82.

He was the country’s Premier from November 2007 to February 2009 under the government of Mohamed Yusuf. During his time he halted wars between Islamic groups and Ethiopian troops that invaded Somalia in 2007.

“Recognizing the efforts made by the deceased for his country and his people, I hereby declare three days of national mourning, lowering of the flag of the Federal Republic of Somalia to half-mast, to give Prime Minister Nur Adde the respect he deserves,” the President said.

Nur Adde Born in Mogadishu in 1937 when the Southern part of the country was under Italian rule, Hussein was educated in the city before joining the police force when the country gained independence in 1960.

His family said that he will be laid to rest in Britain in a traditional Islamic burial. Hussein was a candidate for President in the parliamentary vote held in late January 2009.

He came third in the first round with 59 votes and then withdrew his candidacy. Sharif Ahmed won the election and later then chose Omar Abdirashid Ali Sharmarke to replace Hussein as Prime Minister on 13 February. Hussein was appointed as Somalia’s ambassador to Italy in June 2009. 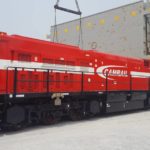 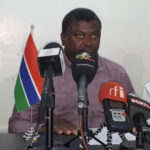