National Telegraph has learned that the Prime Minister of France, Edouard Philippe signed, Thursday, March 5, 2020, the extradition decree of François Compaoré, the brother of the former president of Burkina Faso, Blaise Compaoré, ousted from power on October 31, 2014, by a popular insurgency.

François Compaoré is involved in the assassination of the investigative journalist, Norbert Zongo on December 13, 1998. This ministerial decision from French officials comes after May 4, 2019, when the Paris Court of Cassation in France authorized the extradition.

Before his assassination on December 13, 1998, Norbert Zongo, owner of the newspaper L’Indépendant, was investigating the death of François Compaore’s houseboy. The latter would have made him tortured to death by presidential security following the theft of jewel declared at his home.

On May 5, 2017, the Burkinabè justice launched an international arrest warrant against François Compaoré. This led to his arrest on October 29, 2017, by French police at Roissy-Charles de Gaulle airport when he returned from Ivory Coast.

Last year, civil society in the West African country of Burkina Faso demanded justice in the 1998 murder of the Investigative Journalist Norbert was killed in the locality of Sapouy, West of the country. The vehicle in which Norbert Zongo, his brother and two of his friends was attacked by armed men. The four (4) occupants of the vehicle died charred, sources say.

Exiled in France, François Compaore, the younger brother of former president Blaise Compaoré is suspected as the sponsor of this crime. He was Economic Adviser to the President of Burkina Faso, Blaise Compaoré, from 1989 to 2014.

Norbert Zongo was also known under the pen name of Henri Segbo or H.S. and as Burkinabé investigative journalist who managed the newspaper L’Indépendant in Ouagadougou, the capital city of Burkina Faso, he exposed extortion and impunity within the government of Burkina Faso’s President, Blaise Compaoré. 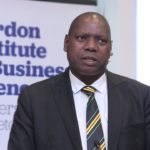 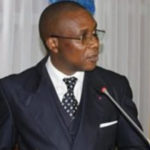 Cameroon: This Is What North West Governor Told Bamenda University Lecturers Before They Aborted A Planned Strike!