Authorities in Paris, capital of France have gone ahead to receive and validate a declaration of protest by activists in Paris said to be loyal to Cameroon’s detained opposition political leader, Prof Maurice Kamto.

The protest that is scheduled for Saturday, February 2, 2019, would begin at midday. This visa from the French Police is coming only less than a week after protesters destroyed valuables in the Cameroon Embassy in Paris.

The protest to be led by The Cameroon Diaspora Council known by its French acronym as Conseil des Camerounais de la Diaspora (CCD) would begin at 12 PM with protesters arriving and converging on the start point towards L’ Esplanade Henri de France (RER C Pont de Garigliano).

The President of CCD, Robert Wanto fondly called Le Général-Président, told National Telegraph late Friday, February 1, 2019, that the March would be taken to places including France Télévision. Wanto also said the protest is meant to demonstrate against elections fraud during the just-ended 7 October 2018 Elections.

The Embassy of Cameroon in Paris had been vandalized by protesters, Saturday, January 26, 2019. As a result, Embassy authorities had wished organizers of the protest be repatriated.

Signing the authorization is a big blow to the Cameroon government, a source noted. Embassy authorities are already pushing charges but activists are determined on continuously hold Anti-Biya rallies.

A mammoth crowd attended the protest, denouncing what they term Electoral Holdup. Abroad, many Cameroonians who were protesting, invaded Cameroon Embassies in France, Belgium, Britain, and Germany causing material damages.

In Cameroon, several protesters were reportedly shot by police, including Michele Ndoki, a famous female lawyer. Maurice Kamto was later arrested and has been charged on eight counts amongst which is, Hostility against the nation.

Kamto had declared himself the Winner, accusing the Electoral Commission of imputing figures to favour the incumbent especially as elections were boycotted in the North West and South West Regions engulfed in armed conflict. Others have accused Biya 85, in power since 1982 for desperately holding to power. 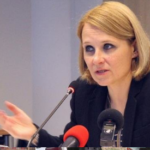 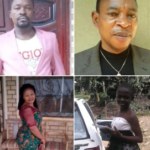