Home » Frisson Of Fear In Namibia As Second Curfew Since 1999 Begins.

Citizens in Namibia’s two busiest regions have expressed a frisson of fear since a presidential imposed curfew started, Friday August 14, 2020, the second since 1999.

The Namibian government imposed the curfew to its two busiest regions after a spike in COVID-19 cases and deaths, a government statement said.

The two regions, Erongo and Khomas region, are responsible for most of the country’s COVID-19 cases, which currently stands at 3 900positive cases and 35 deaths.

The curfew introduced by President Hage Geingob on Wednesday August 12, 2020, started on Friday evening and will be in place for the next 16 days.

“This means no movement of people will be permitted in the restricted areas between 20h00 to 05h00 daily for the next 16 days – unless they are in possession of an authorising permit as an essential service provider,” Geingob said.

The last time a curfew was imposed in the country was in 1999 after 13 people were killed in an attack by the Caprivi Liberation Army during a secession attempt.

Police in the two regions on Friday already set up roadblocks as well as public education to make sure that residents adhere to the curfew. The curfew will lapse on 28 August midnight.

“Travel into and out of the two regions to the rest of the country will be restricted to emergency situations only, as defined in the Regulations, the President said.

Geingob also warned any person leaving the restricted areas, apart from critical and essential service providers, will be quarantined at their own cost upon arrival at destination.

“Drivers of vehicles delivering critical and essential services travelling from the restricted areas will be quarantined as per the existing applicable modalities,” the president added. 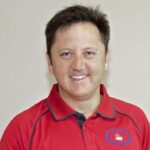 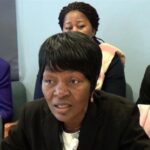