Home » From Ekondo Titi In Cameroon, His Movie Is Setting A Paragon In Afro-Mexican Cultures.

This is what Mexicans call ‘Mejor de lo Mejor’; meaning best of the best! This is especially so because this movie is his first and it’s way too impressive for a newbie.

Created from the rarest of perspectives, the writer, Naseri Esono Lodrick made LOVE FOR HUMANITY with authentic scenes and characters of Afro-Mexican blend making the film’s robustness far beyond its age.

From the beach at the Acapulco Vacation Centre to the State of Hidalgo Centro Historico de Hidalgo to Mexico City to Estado de Mexico and to the State of Puebla, the scenes provide extra panache.

The allegory of a desperate single mother with two kids. Sick, homeless, poor with nowhere to go to, LOVE FOR HUMANITY, full of suspense, selfishness, rancor, discrimination, distrust, keeps you spellbound.

Naseri Esono Lodrick born in Kumbe Balondo, a village in Ekondo Titi Sub-division in Ndian Division in Cameroon’s South West Region is based in Mexico City, the capital of Mexico.

The 32-year-old CEO of Ekondo Film Productions as it’s officially registered as one of the registered film companies in Mexico told National Telegraph, late Wednesday, May 20, 2020, the choice of his company name is rooted in the deep belief in his area of origin – Ekondo Titi.

The actor, writer, producer, movie director, and CEO holds a Bachelor of Science Degree in International Law with a specialty in International Criminal Law and Justice from Universidad de Morelos (UNIM) in the Mexican State of Estade De Morelos.

Naseri is also studying Mexican Law in Universidad de UK , Mexico City, and should be graduating, March of 2021, as a Mexican Immigration Lawyer.

19-year-old Andrea Pérez Antillón originally from the Mexican State of León Guanajuato only moved to Mexico City a year ago. Andrea is a graduate of the Andres Soler Institute. She acts both in Mexico and Brazil. 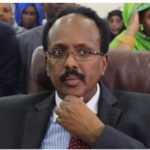 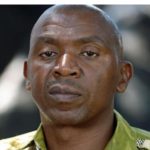