News of the death of Ekema Patrick Esunge, Mayor of Buea, a major council in Cameroon’s South West was packed with allusions to the queer lore of how a vibrant and fervid government confidante just died like a chicken.

Though it is in no one’s interest to celebrate another’s death, a keen scrutiny to the actual scene left an indelible controversy to the subject of death itself.

To many, Ekema’s death offered attractive recreation avenues that didn’t disappoint its vacationers; at least not until some posted videos in jubilant dispositions with bottles of liquor and other ingredients that go with life at the top.

Epic sensation reached climax in the later parts of Sunday October 27, 2019 when the Mayor’s stiff was confirmed to have been deposited at a morgue in Cameroon’s economic capital, Douala.

You see what fighting a people begets. I wish his mother had a heart she would have stopped her son from the rubbish. It is finished!!! Let’s see who’s next, a resident of Buea wrote this of the Mayor.

Out of the surprising and disappointing news, the Mayor’s family, friends and well-wishers became confused, silent and morose. His wife was reportedly in the fit of the sulks.

To his friend, he was a noble man and died like a King and brave soldier of Cameroon. Ekema once said; “It is better to live as lion for a day, than to live as a lamb for centuries”, one of his allies quoted the Mayor, adding that; “The peace we enjoy today in South West and Fako in particular is thanks to this Lion”.

The same tribute says; “God has a better plan for us in South West. Ekema has set the foundation, let other coward politicians take the baton and protect the vulnerable SW people. SW has lost a Son, adieu Nyamoto Wotolo the First in SW. Heroes leave their footprints and legacy. Ekema in our hearts, RIP.”

In all the mixed feelings and potpourris from pictures to those claiming responsibility of his death on social media, some found time to make comedy out of the situation, yet, others converted one of Tata Kinge’s tracks to sing with joy the Mayor’s death.

In one of the comic outings, a man appeared in a video, dressed in a regalia particular to those of the North West Region of Cameroon and with a bible, he prayed and thanked God for Ekema’s demise. He invoked angels to cause the Governors of the North West and South West to die.

In the same video, he prayed for the country’s Minister of Territorial Administration, Paul Atanga Nji, the former Minister of Communication, now Minister of Employment and Vocational Training, Issa Tchiroma, among other regime barons to die same way as Ekema, a process he described as “Die by slapping”, implying God slapped Ekema to his grave.

The funniest of all is a search on Google about Ekema’s final resting place. The person who circulated this comic post on social media, was as a matter fact searching whether the Mayor will go to Heaven, also known as Nirvana or hell also known as Jahannam.

In Buddhism, Nirvana is a transcendent state in which there is neither suffering, desire, nor sense of self, and the subject is released from the effects of karma and the cycle of death and rebirth. It represents the final goal of Buddhism.

On the other hand, Jahannam in Islam refers to an afterlife place of punishment for evildoers. The punishments are carried in accordance with the degree of evil one has done during his life.

This question was raised by this author to depict a sense of wickedness in the Mayor. Ekema Patrick was highly hated by most people from Cameroon’s two English-speaking regions of the North West and South West where a deadly armed conflict has been ongoing.

The Mayor was hated for the stiff residence he put against Ghost Towns. Ghost Town is set aside for every Monday in these regions as a means of civil disobedience against the government by majority of its residents seeking to restore the State of Southern Cameroons aka Ambazonia. During this day, shops were closed and transportation paralyzed.

Mayor Ekema literally fought against this phenomenon. In some occasions, he moved with tight security sealing and breaking closed shops. Just on Monday October 21, 2019, National Telegraph confirmed reports of Ekema Patrick together with members of the Buea Council Police moving around Bonduma, a precinct in Buea, snapping, sealing and in some cases breaking down closed shops.

Inhabitants, mostly shop owners of Buea, Capital city of the South West Region of the Central African country, Cameroon expressed irk over what they describe as “a lawless action” from the Mayor only for him to die on the eve of another Monday, just a day to week since his actions.

Reports say the Mayor died at 42 in a hospital in Douala, early Sunday October 27, 2019 under unclear circumstances. No official report has been released stating the exact cause of his death. His office has been sealed while investigation has been opened into the matter, sources confirmed to National Telegraph. 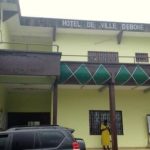 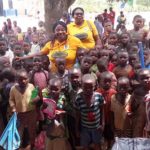