The Deputy Speaker of the Gambian Parliament, Momodou LK Sanneh has raised major concerns and called on fellow members of the National Assembly to thoroughly go through the draft estimates for 2020.

Sanneh made this appeal during a debate on the draft estimated budget for 2020 at the National Assembly House in Banjul on Wednesday, November 27, 2019.

He called on the attention of the Finance Minister to give them an estimation of how much is involved in the new allowances created in the estimate from the Office of the President, Judiciary and others which includes professional, risk, transport, telephone, responsibility and special skills allowances.

“Adding these allowances together, I think this takes almost half of the budget. So, I suggest that if we know the figures of the allowances, we will be able to do justice to the document, because people are required to get an allowance but not the allowance that will hinder the development of this country.” He stated.

Sanneh also said the Minister told the house revenue for recurrent development expenditure for the fiscal year 2020 contributed to the attainment of the net domestic borrowing (NDB) target of 1 percent, whilst gross domestic revenue for 2018.

He continued that the Minister also said the EU component of 25 million budget support was received in respect of 2019 and 2018, adding that the budget support is crucial for the county.

”It is a projection if it’s likely to come or not, I want to find out from the Minister of Finance what conditions are attached to this budget support for a country like ours? So that we can get this budget support.”, Sanneh quizzed.

The lawmaker also said the Minister had told them the World Bank budget support is unlikely to materialize due to slippage, as such it led to the non-realization of certain development policies operations.

“This is another area of concern to me since it is the statement made by the Minister. In view of these statements, can the Minister inform this August Body the measures to be taken on slippage from non-realization of certain development policy operation and the mechanism the Finance Minister has put in place to ensure that slippages are taken care of ?”

He further asked the Minister to tell the Parliament what measures and negotiations his Ministry has taken to ensure that the EU 22 million Euro expected to be received before the end of 2019, is received by the government. 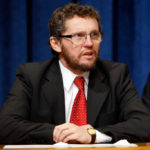 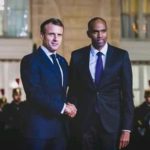