The Truth Reconciliation and Reparations Commissions (TRRC) of The Gambia is set to air testimonies on investigations on witch hunt by the country’s former President Yahya Jammeh for the first time ever outside its Dunes headquarters, National Telegraph has been told.

During the tenure of President Yaya Jammeh, a Gambian politician and former military officer who was president of the West African country from 1994 to 2017, over 1,000 people accused of being witches in Gambia were locked up in secret detention centers and forced to drink a dangerous hallucinogenic potion.

The Commission, which is currently wrapping up its ninth session on Sexual and Gender-Based Violence and working up on its tenth session of hearings, will now focus on the former president’s witch hunting exercise which primarily targeted particular communities in the Gambia.

“The TRRC intends for the first time, to conduct these hearings outside its Dunes Headquarters. Truth, Reconciliation and Reparations Commission Act 2017 under Section 16(1) grants the Chairperson of the Commission the Authority to determine at what times and where the Commission shall sit to conduct its hearings”,  a release from the organization states.

With this, the commission will hold hearings in identified communities in The Gambia. These hearings may include both individuals and groups from members of the affected communities, a source has told National Telegraph.

The identified locations for the planned community hearings are Jambur, Sibanor and Essau. Hearings on the witch hunt exercise will begin on  November 11 through 14, at Dunes Resort, 18 through 21 November at Jambur, 25 through 28 November at Sibanor and 2 through 5 December, 2019, at Essau, National Telegraph has been told. 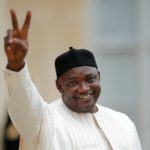 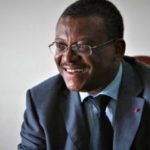