The Gambia has confirmed its first Coronavirus death shortly after recording a Coronavirus case involving a woman in her 20s.

The Ministry of Health announced on Sunday, March 22, 2020, that a 70-year-old Bangladeshi man tested positive for the Coronavirus had passed away after traveling in the country for a preaching mission.

According to the Minister, Amadou Samateh, the man had visited six other countries where he was carrying out similar preaching. The minister said the patient was presented at the diabetic unit of a health facility.

“He was a known diabetic who presented at a health facility… He was later referred to the Edward Francis Small Teaching Hospital and passed away in the ambulance before arrival on 20th March,” he said.

The statement adds that a sample was taken from him and the results were delivered today -Sunday which confirmed the positive test. Active contact tracing is already ongoing and we urge all people who interacted with the said person to call the toll-free number 1025 for further advice.

Gambia’s Foreign Ministry has been informed and the message will be extended to the other countries for contact tracing, the Minister said, urging the public to take caution.

Furthermore, the Ministry of Health informed the public that there are currently 124 people quarantined at various locations. Seventeen absconded from the quarantine centers posing a great risk to their families and the general public.

“These individuals are instructed to report back to the quarantine sites immediately. Failure to do so will lead to enforcement of the law which may include arresting them,” a statement from the Ministry reads. 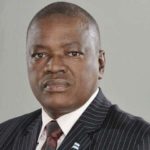 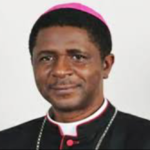