One hundred and fifty soldiers, among them, nine women who were sent for training in Senegal have returned to the Gambia, National Telegraph has learned.

The returnees are part of a new presidential guard project sent to undergo a 3-month program. The contingent underwent three months of intensive training on Presidential protection and security.

According to sources, the troops came back during the weekend and were met at the Fajara Barrack later on January 14, by Chief Yankuba Drammeh, deputy chief of The Gambia Armed Forces.

The training started way back in August 2019 and Ousman Bah, a major from the Gambian army led the troops in Fatick, Senegal. The Gambia currently has 150 soldiers as Presidential Guards. The newly trained 150 soldiers steps up the tally to 300.

The main purpose of this project is to provide a support system for the President as the ECOMIG’s contract would soon expire and certified troops from the three months training would serve as security for the president and the State House, security sources told National Telegraph. 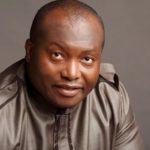 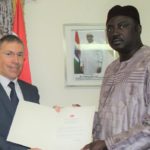