Henry Pedro Costa considered a thorn in the flesh of George Weah, President of the West African country of Liberia has arrived in the country ahead of a major protest.

Costa landed at the Robert International Airport ( RIA), in Harbel, a town in Margibi County, Liberia, Thursday, December 19, 2019, amidst speculations he will be arrested. Henry Costa is the major organizer of the December 30, protest to demand President Weah resigns.

Eugene L. Fahngon, Liberia’s Deputy Information Minister for Public Affairs at the Ministry of Information, Culture, and Tourism had said there is an arrest warrant against Henry Costa but Justice Minister, Musa Frank Dean said there is no warrant to arrest the activist.

Costa’s radio, Roots F.M 107.2 was shutdown but using social media from his base in Delaware, USA, he set an agenda for millions of Liberians, exposed government delinquency and set up a stage for a protest to demand Weah resigns.

Over the last two years, Henry Costa has won the admiration of the majority just like President Weah when he had not become president. Weah was loved by the majority, especially the youths but since he ascended to the presidency his popularity has decreased.

Henry Costa, a radio talk show host has become popular that whenever he appears, huge crowds will gather just to listen to him. Many told National Telegraph he has won the hearts of the majority of youths and others.

The Council of Patriots was demanding that Weah steps down but later somersaulted and said that their protest is not for Weah to step down but for the government to act upon the petition that was presented by its members during a June 7 protest.

Mo Ali, the Acting Chairman of the Council and Secretary-General of the Unity Party said they will not leave the streets on December 30, until the government can act upon the petition that was presented at the protest.

The Council of Patriots presented several counts in their petition; including the need to prosecute those that allegedly misused L$16 billion and US$25 million that was intended for mop-up exercise.

The president’s “mop-up” exercise, as it was dubbed, took place between July and October last year. It was intended to reduce the amount of local currency in the economy to slow further depreciation.  Weah is seriously criticised for a downturn in economic development. 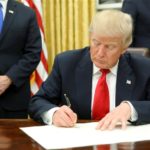 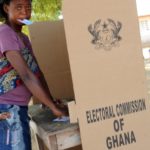