Cameroon’s President has called for a national dialogue at the end of September, 2019. Paul Biya made the call during a rare address on national television, late Monday September 10, 2019.

The address indicates dialogue would begin from the end of September this year. “That is why I have decided to convene, from the end of this month, a major national dialogue that will, in line with our Constitution, enable us to seek ways and means of meeting the high aspirations of the people of the North-West and South-West Regions, but also of all the other components of our Nation.” President Paul Biya stated.

He also stated that “The dialogue in question will mainly concern the situation in the North-West and South-West Regions. Since it will focus on issues of national interest such as national unity, national integration and living together, it is obvious that it will not concern only the population of these two regions.”

The dialogue, he continued would be chaired by the Prime Minister, Head of Government aimed at bringing together a wide range of personalities: parliamentarians, politicians, opinion leaders, intellectuals, economic operators, traditional authorities, religious authorities, members of the diaspora, etc. Cameroon’s strongman also said representatives of the Defence and Security Forces, armed groups and victims will also be invited.

While many have seen Biya’s move as a step to the right direction, including the UN, EU, France, local religious and political authorities, a member of the German Parliament has seen the call for national dialogue as a nonevent.

Dr. Christoph Hoffmann posted a video on his Facebook Page, Thursday September 12, 2019, after a session at the Deutscher Bundestag. The German MP stated that; he has in a speech at the parliament once again addressed the issue in Cameroon.

The German Lawmaker categorically said; the President of Cameroon, Paul Biya is responsible for a civil war in his country. Dr. Christoph laments that despite this, Cameroon still receives German aid in the form of development cooperation. The MP challenged Germany to stop this assistance.

Dr. Christoph has been very vocal against the Biya Regime and has more than once called on German officials to suspend any financial aid to Cameroon. 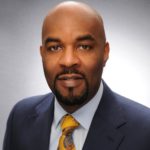 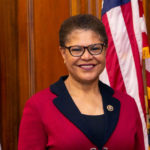