Dr. Ebenezer Derek Mbongo Akwanga, an Ambazonian Separatist and Chair of the African People’s Liberation Movement, one of the Ambazonian separatist movements and head of SOCADEF, an armed group has been released after an hour of questioning by Ghana’s Bureau of National Investigations, National Telegraph has been told.

The Bureau of National Investigations (BNI) is the internal intelligence agency of Ghana. The BNI is an integral part of the National Security Council which oversees matters of the counterintelligence and internal security of Ghana

Dr. Akwanga was taken from his location at the University of Ghana, main campus at Lagon, Accra where he was holding a meeting to the bureau’s headquarters at Ridge, Accra, Friday August 16, 2019. Dr Akwanga who spoke to National Telegraph confirmed his encounter with intelligence officials.

A National Telegraph reporter in Ghana confirmed by telephone that Akwanga was later allowed to go about his businesses after questioning. Dr Akwanga and Elvis Kometa, another political activist have been in Ghana for over two weeks and started the meeting at Lagon on Tuesday August 13, 2019.

The duo briefed Ambazonians in Ghana about the Swiss Talks, a possible dialogue arrangement between the government of Cameroon and separatists and a way forward for refugee situation. During the questioning at the Intelligence Unit, Dr Akwanga used the opportunity and educated his interviewers on the ongoing armed conflict in Cameroon.

It started in October 2016 as a disagreement in language but government mismanaged it, turning it into an armed conflict with a demand by majority of Anglophones in the North West and South West for the separate state as it was in 1961. Many are now asking the International Community to look at the root cause of the conflict from 1961. 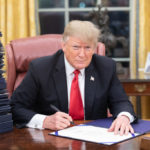 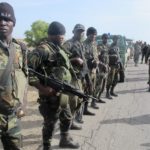