A total of thirty-eight (38) immigrants from the Central African country of Cameroon have been arrested in Ghana, Wet Africa, a Ghanaian Immigration Officer has told National Telegraph early Sunday March 31, 2019.

The arrestees are currently being investigated at the organisation’s headquarters in Accra, Ghana’s capital where were they have been detained, the Regional Commander have said but however didn’t give further details on their exact identities.

In a related development, another Cameroonian, Denis Mesumb, 43, could face between 13 and 46 years in jail after he was arrested by police in Indiana, a Midwestern state in the US after he was stopped on I-94 in Indiana on March 15, 2019 and cocaine discovered in the floorboards of his vehicle. 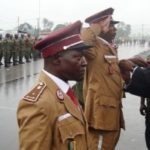 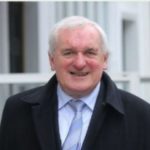