Many persons from the English-speaking regions of North West and South West of Cameroon now preferred Ambazonia who are in the know have been celebrating over news of Bougainville Independence Referendum that’s due to take place this 2019.

Southern Cameroonians say the simple idea of accepting to hold an Independence Referendum in Bougainville is a clear pointer that would soften the minds of many across the the world’s continents to organize one in their area, said Southern Cameroonians to National Telegraph.

The Bougainville Independence Referendum is now scheduled for October, 2019, under the 2001 peace agreement that followed a civil war in Papua New Guinea (PNG) after it was moved from June 15.

The Panguna Copper Mine operated by Rio-Tinto is located in Bougainville and everything was going well until grievances over the uneven distribution of royalties and the environmental damage the mine was causing led to a revolt in the 1988 against the government of Papua New Guinea and resulted in the creation of the Bougainville Revolutionary Army (BRA) led by Francis Ona.

Following violent clashes, over twenty thousand (20.000) people were killed before a truce was called in 1997, and New Zealand sponsored peace talks that began in 1998. An Autonomous Bougainville Government (ABG), making Bougainville the only province of PNG with its own legislature was created after a peace agreement signed in 2001.

In all, the Bougainville Referendum Commission (BRC), has been formed headed by former Irish Prime Minister Bertie Ahern, to decide the future status of Bougainville. The biggest problem for the government of Papua New Guinea is that in October, 2018, two  questions for the Referendum were agreed upon; Do you agree for Bougainville to have: (1) Greater Autonomy (2) Independence.

These two questions are a nightmare to the Papua New Guinea Government because either way it would only weaken the government. Consequently, Peter Charles Paire O’Neill, Papua New Guinean Prime Minister and the rest of the government oppose this idea, claiming if not handled with care, Referendum results can disrupt Bougainville’s current peace. However, it would appear there’s really nothing much they can do about it once the people vote for Independence.

Bougainville now has its own President in John Momis who has already proposed changes to the Mining Act that would greatly increase the royalties for local landowners and plans in entering into a joint venture with an Australian company, Caballus Mining to be known as Bougainville Advance Mining with an estimated $58 billion worth of copper and gold.

Bougainville was occupied by Australia during World War I, according to archival evidence but was later administered within the Territory of New Guinea. Papua New Guinea gained its independence from Australia in 1975, and Bougainville unilaterally declared its Independence as the Republic of the North Solomons but was never recognized by the international community. Within six months, Papua New Guinea absorbed Bougainville. However, it’s now almost certain this is ending after this Referendum.

On the one hand, Ambazonia, a self-proclaimed state consisting of the two English-speaking regions of the North West and South West of Cameroon was previously an Independent country in 1961 with its own police, parliament and everything synonymous of a sovereign state.

Ambazonia has a population of more than eight million people too far above that Bougainville. Unrest in Cameroon’s two English-speaking regions began in October 2016 as a disagreement in language and later other economic grievances added up the frustration but government mismanaged the crisis, turning it into a demand by over 90% of Anglophones in the North West and South West for a separate state called Ambazonia.

Ambazonia has created its own government called the Interim Government known as the IG recongnized by more than 95% of the 905 demanding Independence. Just recently, a report from the State Department of the United State cited Sisiku Ayuk Tabe Julius as leader of the Ambazania Separatist Movement.

Sisiku Ayuk Tabe Julius who’s President of the IG now detained by the regime of President Paul Biya in Yaounde, Cameroon’s capital is loved and supported by all Independence seekers, National Telegraph has observed. Gun battles have ensued and the Cameroon government and Anglophone militias have been accused of numerous Human Rights violation, including targeted killings.

Whatever be the case, pundits are certainly convinced of one fact. They hold that if Bougainville with just 9,300 km² land area and a total population of two hundred and thirty-four thousand, two hundred and eighty (234,280) persons is having an Independence Referendum this October, what more of Ambazonia that was once completely independent with 16,490 km² total land surface area occupied by a vibrant population of more than 8Million people surrounded by abandoned natural resources?

They went on that with the All Southern Cameroons People’s Conference, an assembly that brought together all stakeholders of the Revolution spreading across the English-speaking regions of the North West and South West of Cameroon that kicked off Friday March 29, and ended; Saturday March 30, 2019, at 4095 Powder Mill Road, Beltsville, Maryland with resolutions unanimously affirming the Independence of Ambazonia, it’s about time the UN formed an Ambazonia Referendum Commission (ARC). 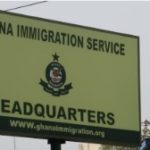 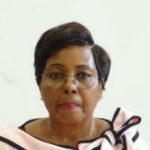 What similarities! Great news! Ambazonia , yours is on the way. FEAR NOT! It is a God-ordained mission! It shall come to pass no matter what. Delay is not denial!

I like how the pieces of this article are put together, nice run-up.

What is about to happen to Bougainville people will soon happen to Ambazonian people. This struggle was ordained by God and at his right time He will restore what belongs to Ambazonians. It took many years for the Israelites to gain their freedom. Don’t give up, don’t get discouraged, don’t question God because of what is happening. At his right time, we shall reach the promise land. The Israelites were under slavery in Egypt for hundreds of years but God ‘s time came, He freed them. As a matter of fact, God did not take one day to free them. It was a long process, a long journey full of enemies on their way to the promise land. They didn’t give up nor get discouraged. They knew where they were going to(the land of freedom). They knew what and why they were fighting for. The battle was not easy. They fought and fought just as we are fighting today for our total freedom. Let me assure you! What happened to the Israelites will soon happen to the Ambazonians. I say again, don’t give up the fight for your total freedom is about to be your portion any moment from now. The God of Israel is about to do something that will surprise us. It’s gonna cause panicked and sadness in LRC but we like the Israelites in the promise land will be celebrating our freedom.

Thanks Ambazonians for the thumbs up for us here in Bougainville. We hope you also go through a peaceful referendum.