Kent Walker, senior vice president of global affairs at Google, has said; “We’ve already made a wide range of changes to our products to address the Commission’s concerns.” “Over the next few months, we’ll be making further updates to give more visibility to rivals in Europe,” said .

The statement from Kent isn’t unconnected to a fine levied on Google from the European Commission. Google has been found guilty of a third antitrust fine, National Telegraph has gathered. The Commission that’s charged with the fine has ordered Google to pay €1.5 billion, that’s some $1.7 billion for retarding competition in online advertising.

This decision is contained in a statement, Wednesday March 20, 2019 from Margrethe Vestager, a Danish politician serving as the European Commissioner for Competition. She said Google had “cemented its dominance” and “shielded itself from competitive pressure” by imposing contractual restrictions on other websites.

The European Commission went on that Google stopped the illegal practice after the regulator sent it a statement of objections in July 2016. Commissioner Margrethe stated more “complaints keep coming.”, adding that Google could face more investigations.

“We will keep monitoring developments, and we are still looking into the search market for jobs and local search,” Commissioner Margrethe has said. However, Google said in a blog post Tuesday, March 19, 2019 that it was making further changes to its service based on “feedback” from the European Commission.

AdSense is a Google product acting as a middle person between advertisers and website owners that want to profit from the space around their search results pages.

Since 2017, Google has now paid €8.2 billion that’s some $9.3 billion in fines. She paid €4.34 billion that’s $4.9 billion in July 2018 for unfairly pushing its apps on smartphone users and thwarting competitors, €2.4 billion that’s $2.7 billion for using its search engine to steer consumers to its own shopping platform and this latest fine. 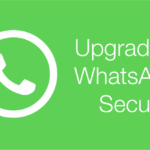 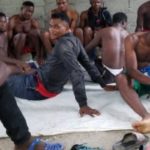