Fifteen (15) neonates have gone blind at the Ophthalmologic Hospital in Oback, a locality in Okola Sub-division, Lekié Division, in the Center Region of Cameroon, a source has revealed. The babies had received a drug named Chlorhexidine 7.1% used for the treatment of umbilical cord, National Telegraph has confirmed.

Investigations carried out by the Direction for Fight Against Illnesses, Epidemic and Pandemic at the Ministry of Public Health revealed that the newborns are suffering from blindness due to conjunctiva ulceration coming from the drugs, National Telegraph learned from a source at the Ministry.

For now, this huge medical scandal is still kept secret. National Telegraph was told by a relevant source at the Ministry that the situation is under control. Many meetings and work sessions led by Former Minister of Public Heath, André Mama Fouda had been held with regards to this issue before he was sacked. This medicine has been widely distributed in some hospitals across Cameroon thanks to Trust Fund Project.

This project, National Telegraph has been told by this relevant source, has been put in place by the European Union with the aim of improving maternal and newborn health. The source says fourteen (14) rural health centers benefit from this project, nine (9) from the Center Region and five (5) in the East Region. These regions have the particularity to perform poorly as far as maternal and newborn health are concerned, adds the source.

But according to a civil servant at the Ministry of Public Health who spoke to National Telegraph on condition of anonymity, nothing is done to withdraw this medicine despite the risk of it to cause more havoc. It seems to me that there is a big business behind this issue, explains this source. Manaouda Malachie, a new Minister of Public Health appointed on January 4, by the Head of State, Paul Biya, got a hot potato in his hand. 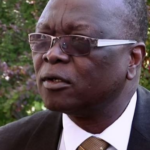 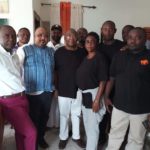