Home » How Come 22 Cardinal Tumi’s Progenies Were Kidnapped In Cameroon?

When the Greentree Agreement was signed on June 12, 2006, resolving the Cameroon-Nigeria border dispute over the much contested gas-rich Bakassi Peninsula, most, if not, all Cameroonians and the World saw Paul Biya, Cameroon’s President as the father of peace.

It , now appears, might have been frightened by Nigeria’s military might to subdue his itchy lips from declaring war against Nigeria. Fair enough, Cameroon went through the UN to secure a Diplomatic Win during which Ghanaian mascot son, Kofi Annan, the then Secretary General of the United Nations supervised the peaceful boundary deal.

Sad enough, same Paul Biya who would have had nothing to lose, denied listening to only a slice of the grievances of Anglophone lawyers and teachers back in 2016 and would later declare war on the English-speaking Regions of Cameroon. No one doubts the fact that there would have indeed been no armed conflict if Biya had acted like Emmanuel Macron who addressed the concerns of disgruntled Yellow Vest French protesters.

In Biya’s case, he clamped down on peaceful protesters who were demanding for an improvement in basic amenities. One thing led to another and war emerged. The war then spread like an airborne across the two English-speaking Regions of Cameroon.

The peaceful protest moved from mere demands for basic amenities to the demand for the Restoration of the statehood of the former British Southern Cameroons aka Ambazonia. Armed groups would later emerge from every corner of the North West and South West, leading to audacious insecurity. Cameroon has now officially become another Baghdad. It’s indeed another Baghdad, if not, worse than it.

If the insecurity isn’t as audacious as it’s reported, how come dead tolls are on the horizons and kidnapping has become the new Religion? The situation is that bad! It’s bad so much so that Cardinal Tumi was literally touched. National Telegraph gathered that twenty-two (22) elements of a school in Cameroon named after the Man of God were kidnapped.

A source expressed shock at the level of insecurity, adding that he couldn’t have imagined it happening to something that has the Cardinal’s name. National Telegraph has confirmed that on Saturday January 19, 2019 between 8PM and 9PM, a group of unidentified gunmen stormed Christian Cardinal Tumi Comprehensive Catholic College (CATACCOL) Mantum in Jakiri, Bui Division of Cameroon’s unruly North West Region.

During the attack, the Principal, Rev Fr. Lawrence Foven Wirba, a Seminarian, a teacher, the night watchman, and 18 students were kidnapped and ferried to an unknown destination. Even though all twenty-two (22) released the very next day; Sunday, January 20, 2019, the physical and psychological effects that must have accrued to the victims are most likely immeasurable.

Though has been named after the Cardinal, it’s run by the Diocese of Kumbo with Bishop George Nkuo as proprietor. is only a film in the theatre. Cameroon is up in flames; Douala, Yaoundé, Bafoussam et alia are going bankrupt in peace with Vuvuzelas-like protests and thunderous gunshots.

In the North West and South West Regions, most villages are in ruins, not even up to their shadows with dead bodies of children, pregnant women, youths, aged, disabled and even animals littered here and there. Biya, 85, has won a highly contested presidency and moves and grapples with his steps and speeches, yet he’s consistent in making sure Cameroon remains in top-notch insecurity.

With high-sounding threats from Boko Haram in the Grand North (Adamawa, North and Far North Regions) and with the some of the deadliest broods of the rebels from the Central African Republic already in strategic places in the East, the UN on Thursday, January 24, 2019, through its Resident and Humanitarian Coordinator for Cameroon, Allegra Baiocchi wasn’t wrong to have said; Cameroon today can no longer be a forgotten crisis; it needs to be high on our agenda. 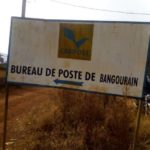 Congratulations senior citizen, you are indeed doing a great job as a journalist, we the good people of formal British southern cameroon Aka Ambazonian are strongly behind you, may God almighty continue to guide and protect you and your lovely family over there more grace.