Human Rights Watch, an international non-governmental organization with headquarters in New York City, United States of America that conducts research and advocacy on Human Rights has urged the United Nations Security Council to take action in Cameroon, a Central African country trapped in an armed conflict.

According to Item four (4) on the General Debate of the organisation’s meeting and recommendations published on its website dated, Tuesday March 12, 2019, National Telegraph gathered that the organisation has stated categorically clear that; ” council should act on Bahrain, Egypt, Turkey, Cameroon and the Philippines.

On Cameroon, Human Rights Watch said; “Violence escalated in Cameroon after protests broke out in 2016, and the authorities responded with rampant rights violations, including arbitrary arrests, torture of detainees, extrajudicial executions, and the burning of homes and property.”

Cameroon’s case is probably most appalling of all in the 21st century owing to the fact that there’s almost a repeat of the 1994 Rwandan Genocide, pundits have said. Many observers hold that the UN Security Council should have long intervened especially with numerous reports and online videos of gross Human Rights violations from the Cameroonian military.

Early Tuesday March 12, Nagy Tibor, a top United States diplomat serving as U.S. Assistant Secretary of State for Africa said “my heart breaks for Cameroon … I just don’t understand why this crisis goes on and on and on.”, he said while calling for “open, unlimited national dialogue.” and recommending that; “perhaps it’s time to take the deadly separatist crisis in Cameroon to an “international forum.”

Prior, in a letter dated Monday, March 11, 2019, Eliot Lance Engel, U.S. Representative for New York’s 16th congressional district and Chairman of the US House of Representatives Committee on Foreign Affairs of the One Hundred and Sixteenth Congress addressed to Tibor Nagy, Eliot called on the State Department to address troubling crackdowns on freedom of expression in Cameroon.

In Bahrain, the organisation says “Civic space in Bahrain has continued to shrink as prominent rights defenders, journalists and opposition leaders are harshly punished for rights activism or criticizing the authorities.”

Accountability for the tens of thousands of extrajudicial killings in President Duterte’s murderous “war on drugs” in the Philippines remains virtually non-existent, and repression of government critics and rights defenders continues to rise, it states.

According to the organisation, in none of these countries has the Council taken action to put in place monitoring and reporting or investigations. This failure is magnified when we recall that almost all of these countries are sitting Council members, meant to uphold the highest standards of Human Rights, the statement says.

Going forward, Human Rights Watch says “We call upon states to give these situations the response they deserve. The Council’s credibility depends on it, just as thousands of victims and survivors on the ground depend on this Council.” 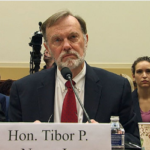 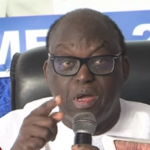