The Principal of Government Bilingual High School (G.B.H.S) Ebone in Nlonako Sub-division, in Moungo, a division in the Littoral Region of the Central African country, Cameroon has been wounded on the head.

According to reports, Adolf Tambe was attacked with machetes in his residence by some unidentified . Apart from inflicting serious injuries on him, his daughter was also raped.

Reports say last week, some students were also attacked with their bags stolen alongside money for lunch break.

The former principal has also been attacked in broad daylight. It is alleged the attacks were perpetrated by former students of the institution, but no reason has been suggested for the allegation.

Eyewitnesses say the principal is seriously traumatized with the raping of his daughter, adding that the act came as a huge blow to the education family of Nlonako.

Observers say Cameroon is at the verge of sinking. The country is embattled with the electoral crisis in which Prof Maurice Kamto, chair of the Cameroon Renaissance Movement, just released from jail, is claiming victory at the last Presidential elections.

The Boko Haram terrorist group is also tearing the country apart in its North and Far North Regions. To make the situation disastrous, armed groups have grouped up in the country’s two English-speaking regions of the North West and South West, fighting for the restoration of the state of Ambazonia. 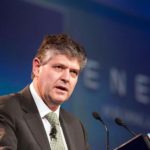 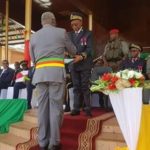 Cameroon: This Is What North West Governor Was Doing On The Day He Was Declared Dead On Social Media.