Advocates of Justice are leaving no stone unturned to free leaders of the Southern Cameroons Independence Movement arrested in Nigeria, extradited and detained in Cameroon. Another team has now revealed it’s compiling a file to take the Nigerian Government to the International Labour Organization (ILO).

The Secretary General at the Nigerian Labour Congress (NLC) has made the declaration. Dr. Peter I. Ozo-Eson told Barrister Adbul Oroh, Monday January 21, 2019 at the organization’s headquarters in Abuja Nigeria. The SG said this while expressing concerns over the abduction and deportation of the leaders who are mostly University Professors.

Two top-ranking Nigerian Lawyers, Barristers Femi Falana and Abdul Oroh joined by five others from Cameroon led by Barrister Fru John Nsoh were at the Federal High Court Abuja, Monday January 21, 2019, to challenge the Nigerian Government and demand the return of their clients to Nigeria.

The matter has been adjourned to Monday January 28, 2019 after court workers announced that the presiding judge, Hon Justice A.I Chinere was in Lagos for a seminar. The exact date for ILO to receive the case file hasn’t been stated but the SG says it’s en route.

Sisiku Ayuk Tabe Julius and nine others arrested in Nera, a hotel in Abuja, Nigeria on Friday January 5, 2018 were extradited to Yaoundé, Cameroon, an act that has been described as bootleg. They’re being accused of fueling an armed conflict that has developed and made the two English-speaking Regions of Cameroon unruly.

Family members, friends and colleagues from Makurdi, Zaria, Kano, Katsina, Uyo, Yola and Calabar as well as refugees in Abuja wearing T-shirts inscribed @JNera10, including wives of Ogork Ntui and Shufai Blaise, two of the dectet detained in Yaoundé all answered present in solidarity, demanding Justice.

Barrister Abdul Oroh told National Telegraph during a telephone conversation that the Nigeria Labour Congress (NLC) and its affiliate organizations like the Nigeria Union of Teachers (NUT), Academic Staff Union of Universities (ASUU) and the Trade Union Congress (TUC) have promised to mobilize their members to attend the next hearing and campaign for the release of the . 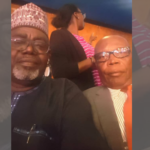 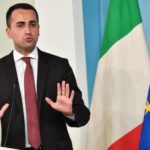 Thanks . Mr Eric Tataw for the news and we wish the defence counsel and any party that is following is pursuing this our matter, God ‘s grace. He will provide you with the professional strength to go succeed and win.