An aid vehicle belonging to INTERSOS, an Italian not-for-profit organisation has hit and killed a couple in Cameroon’s North West Region, National Telegraph has confirmed.

The victims identified as Joseph Tefang Chingo and wife, Sheila Ake Chingo were on their bike when the incident happened, an eyewitness narrated but didn’t exactly explain how.

No official of INTERSOS was immediately available to comment on the matter, a National Telegraph secret stringer said after several attempts.

INTERSOS is a humanitarian organization that works all over the world bringing assistance to people in danger, victims of natural disasters and armed conflicts.

INTERSOS has operated as an independent organization since its foundation in 1992, by Nino Sergi. It’s headquartered in Rome, Italy.

Cameroon’s North West and South West Regions are embattled by an armed conflict now in its third year, now compounded by a hike in COVID-19 cases, INTERSOS is among aid groups assisting in affected areas. 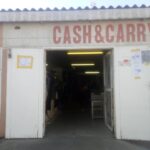 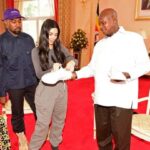