Israeli Prime Minister, Benjamin Netanyahu is in Uganda for a one-day state visit. This is his second time visiting Uganda in four years, his fifth to visit Africa.

He was received at Entebbe International Airport at around 12:00hours, Tuesday February 4, 2020, by his counterpart, Uganda’s Premier, Ruhakana Rugunda.

National Telegraph has not established his aim of the visit. He meets President Museveni. Before his departure, Jerusalem Post reported that Netanyahu is expected to announce an upgrade in ties with a state with which Israel does not have diplomatic relations.

“Israeli is returning to Africa in a big way, Africa already returned to Israeli, these are very important ties for diplomacy, for security and more will be revealed,” Netanyahu said on Ben Gurion Airport before he caught the flight, Jerusalem Post reported.

He traveled with Mossad Chief Yossi Cohen, Director of Mossad, the National Intelligence Agency of Israel. Last week, the news of Uganda establishing an embassy in Israel made rounds on social media.

Uganda Permanent Secretary of State at the Ministry of Foreign Affairs, Patrick Mugoya refuted the claims that there were no plans of establishing an Embassy in Israel.

If Uganda establishes an embassy, it would be the third country in the world to establish an embassy after the USA and Guatemala.

Netanyahu last visited Uganda in July 2016 while holding a seven-country summit and to mark the 40th anniversary of the raid on Entebbe. His brother, Yoni Netanyahu who was the operations commander was also killed in that raid. 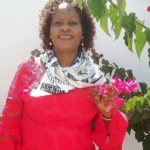