Home » Jan Egeland Was Right About The Armed Conflict In Cameroon!

Jan Egeland, Secretary General of the Norwegian Refugee Council, Norway’s largest humanitarian NGO with more than 5000 employees who’s responsible for the organization’s activities in more than 25 countries, in one of his recent discourses puts Cameroon and world leaders on the radar.

Jan said in a Tedx Stavanger event in September that his organization has done a survey on some key aspects about crises in the world. The survey looked at how many people were suffering and being displaced in each of these crises.

The discourse continues that, Cameroon tops the list, adding that many of the countries are in Africa. He asked the audience if it knew there was a crisis in Cameroon, describing the crisis as horrific.

“Now, you see, Cameroon tops the list. I don’t know how many people here know that there’s a horrific war in two places in Cameroon. There are hundreds of thousands of people who have fled homes that have been torched, villages razed to the ground”, Jan said.

The humanitarian worker added that he isn’t sure about how many people in the audience knew about the situation in Cameroon. He however opined that he doesn’t blame them because nobody seems to care about the crisis in Cameroon.

He then displayed images of him visiting some displaced people in some areas of the North West and South West hit by the crisis. He said the people felt neglected.

To back this up, Jan said the world is structured in a way in which some crises are looked upon as more important than other and so get more attention, adding that some places, mostly in Africa are “actively and systematically” ignored.

Observers say Jan was right. Many hold the opinion that world leaders have completely politicize the crisis in Cameroon and are playing with the lives of the English-speaking people of the North West and South West where an armed conflict has been ongoing for over three years.

Top media houses especially in the US; CNN, ABC, FOX, have completely ignored the situation while the Cameroon government has shown little or no political will to engage into concrete talks with the separatists despite the recent holding of a National Dialogue in the country’s capital, Yaounde.

Dialogue didn’t meet a criterion on any form of dialogue during an armed conflict, experts say, adding that the government can’t continue holding leaders of the Anglophone movement and other detainees within the armed conflict context while calling for dialogue.

Other concerns included the continuous killing of civilians in the North West and South West in the heart of the dialogue, that the dialogue was void of any inclusiveness. There were also concerns that the dialogue was called to solve the problems in the two regions and trying to bring in the entire country into the agenda made it short of substance and purpose.

About some 2 million people, mostly women and children have been either internally displaced or living as refugees in Nigeria and other countries, way over thirteen thousands (13000) killed, over four hundred villages (400) burnt down by the Cameroon military with something in the neighbourhood of five thousand (5000) held as war prisoners across detention facilities in the country. 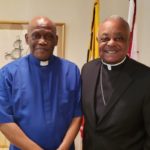 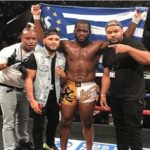