Security has been Re-enforced in some strategic junctions in Cameroon’s Economic capital city Douala in Wouri Division of the Littoral Region, Wednesday January 23, 2019, National Telegraph has learned. The heavy deployment of both Police and Gendarmerie elements, we are told was to hinder a planned protest demonstration of the leading opposition political party in Cameroon, the Social Democratic Front, SDF.

The protest march championed by SDF Littoral Regional Chair, Hon Jean-Michel Nintcheu was aimed at demonstrating discontentment and shame with Cameroon’s failure to host the 2019 African Cup of Nations and the fact that those responsible have not been punished by the government of Cameroon, National Telegraph learned.

The peaceful demonstration of the Social Democratic Front party had earlier been banned by local administrative authorities in Douala, who claimed the March was a threat to public order.  However, Honourable Jean-Michel Nintcheu had remained determined to March through major streets in Douala I, III and V Sub-divisions.

Earlier reports say police forces surrounded Jean-Michel’s residence for several hours, compelling him to stay indoors. Unofficial sources say some party sympathizers who came to march and some Journalists who turned out to cover the demonstration have been arrested. Police sources have debunked the arrest of two SDF MPs; Hon Jean-Michel Nintcheu and Hon Joshua Osih.

SDF says its preparing an official statement. In the meantime, a well-placed source at the SDF says he has spoken with Hon Joshua Osih and he’s back home after an encounter with police on the streets of Akwa, a well-known locality in Douala. No further details have been given about whether Osih was arrested nor where he was detained. Our source only maintains that he’s back home after a foiled protest. No detail has also been released after the whereabouts of Hon Jean-Michel Nintcheu. 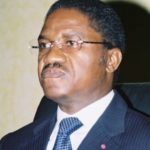 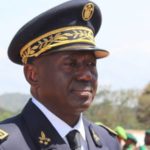 Outrage In Uganda Over A Portuguese Man Who Bought A 16-Year-Old Girl.