Journalists in the West Region of the Central African country of Cameroon are dragging their employers to court, citing poor working conditions, National Telegraph has confirmed.

The West Regional Chapter of the National Union of Cameroon Journalists, SNJC, says the situation has turned most journalists into paupers who end up dying in misery.

SNJC’s West Region members are to embark on industrial action in the coming days to protest their poor working conditions and the “destructive” role of many media owners in the country.

In a statement on November 21, 2019, SNJC West Regional Chapter Chair, Joseph Olinga N., called on concerned media owners without any further delay to commence the payment of backlog of journalists’ salaries. Many of whom have since died of poverty, he noted.

The SNJC trade union does not rule out the possibility of taking legal action against what Olinga described as “notorious delinquent” media owners.

The union therefore called on government to ensure that all journalists get their just pay. The West SNJC Regional Chapter President also blamed the poor working conditions of Cameroonian journalists on government’s failure to help implement the existing collective convention that protects the interests of journalists.

The trade union leader recalled that on November 18, 2019 at about 6 pm, journalist Vivien Tonfack, West Regional Bureau Head for the French language daily, La Nouvelle Expression, was briefly questioned and released by gendarmes from the Bafoussam Special Office for Criminal Investigation.

The worker of Equinoxe TV Group was responding to a summons over one month of unpaid rent for his apartment. Joseph Olinga explained that heirs of Tonfack’s late polygamous landlord have been fighting over who should collect the rents for the apartment in which lives.

It was because of this that one of them reported him to gendarmes. Olinga blamed what Vivien Tonfack went through partly on miscarriage of justice and the poor working conditions most Cameroonian journalists are subjected to.

SNJC deplored the non-payment of salaries of most media workers in the country, a situation Olinga described as commonplace. He cited examples of Le Messager, La Nouvelle Expression, Le Jour and Mutations newspapers where journalists have gone without salary – some for up to 40 months!

Contrary to the plight of these hapless journalists, owners of the media houses where they work lead lavish lifestyles! On the other hand, offering working tools/material to journalists has become a luxury, Olinga noted.

Though he cited television channels like CANAL 2 International, DBS, LTM and STV, amongst others, as being comparatively better, they often exploit workers by keeping them as “eternal stringers” who often work under pressure, he underscored. 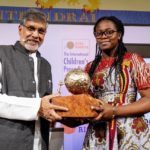 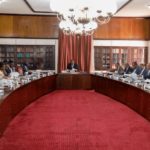