Home » Karen Bass, 6 US Lawmakers Ask Paul Biya To Do The Hardest Thing!

A Democratic Member of the United States Congress, Karen Bass, serving as the U.S. Representative for California’s 37th congressional district has told the a representative of Paul Biya, Cameroon’s President since 1982 to negotiate with armed separatists in the country’s two English-speaking regions, National Telegraph has gathered.

Chair of the House Foreign Affairs Subcommittee on Africa, who introduced legislation calling on the government of Cameroon and all armed factions to respect human rights and the rule of law in addition to adopting nonviolent methods to resolve conflict was speaking Tuesday July 2, 2019 at the Star Building, official workplace of Cameroon’s Prime Minister.

Karen Bass leading a 7-man delegation told reporters in the country’s capital Yaounde that government and armed militias must engage in talks without preconditions. The country’s Prime Minister, Joseph Dion Ngute is said to have talked with the congressional delegation alongside Peter Henry Barlerin, US Ambassador to Cameroon.

The Military has on many occasions been accused of extrajudicial killings in the South West and North West Regions of the country. The Cameroon Government has been accused of numerous Human Rights violations, including targeted killings and the burning down of over 400 villages.

The government is also holding thousands of political prisoners including Sisiku Ayuk Tabe Julius, the President of the Interim Government of the Federal Republic of Ambazonia, an outlawed government fighting for the restoration of the statehood of the former British Cameroon.

Armed separatists have also been accused of torture and human rights abuses according to a recent Human Rights Watch report but they’ve denied any wrongdoing, saying that government soldiers now dress like Ambazonia fighters, commit crimes and blame it on separatists.

Many pundits hold that calling on government to talk with armed separatists is the hardest thing the US Lawmaker and her team have asked of Paul Biya Regime although the country’s Communication Minister, Rene Emmanuel Sadi holds they are not against talks, especially after stating the country can’t be divided. Reports say Bass would hold meetings in Buea and Bamenda, among other towns. 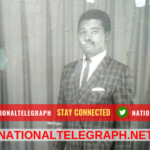 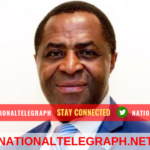