President Uhuru Kenyatta of Kenya on Thursday, November 21, 2109, directed the Ministry of Health to establish a taskforce to collect data on the status of mental health in the country, National Telegraph has confirmed.

The announcement came in the wake of Kenya’s first ever mental health conference with the theme being:  “Mental Health, a priority public health and social-economic agenda.”

The Head of State, speaking in a Cabinet meeting, asked  the taskforce to come up with new policies to address the growing concerns about mental health among Kenyans.

He further stated that the findings of mental health prevalence rate in Kenya which will be discussed in Cabinet within 90 days, will assist government in allocation of resources to mental health.

Experts say close to 4.7 Million Kenyans are suffering from depression and  other forms of mental illnesses. This means that one in every four Kenyans has a mental illness.

The Cabinet also approved the establishment of Mathari National Teaching and Referral Hospital and the designation of Gilgil Hospital as a satellite mental health facility of Mathari.

The latest incident being  one where Major Peter Mugure is alleged to have killed his estranged wife Joyce Syombua and their two children. 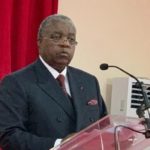 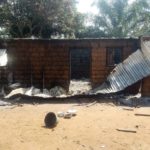