The Nile Council of Ministers is the highest political and decision-making body of the Nile Basin Initiative, an intergovernmental partnership established by the Nile Basin States in 1999, to foster cooperative management and development of the shared Nile Basin water resources for the benefit of Nile Basin citizens.

The handover ceremony was done at a pre-conference in Kenya’s capital, Nairobi, Wednesday, November 27, 2019, where the Council outlined an ambitious plan for the Nile Basin Initiative (NBI).

In the event attended by Ministers in charge of Water Affairs in the Nile Basin Initiative Member States, pundits anticipate a more prosperous time for the initiative.

This plan reports say will enable NBI member states to share reliable data for monitoring of the Nile Basin resources to prevent potential conflicts over the use of the Nile waters.

It will also enable the Member States to share real-time, reliable data for better monitoring of the shared Nile Basin water resources as well as enable them to make informed planning and science-based decision making.

The initiative is also expected to facilitate Trans-boundary, bring growth in socio-economic development by ways of more optimal water utilisation for food, water, and energy production, improved adaptation to climate change as well as improved cooperative drought and flood management. 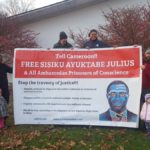 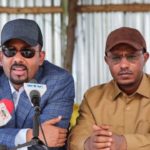